Can Our Loved Ones Communicate with us in Dreams?

Do you believe it's possible to communicate with loved ones who have passed on?

My father passed away several years ago and before he died I asked him to send me a sign of a hummingbird if he could hear me when I talked to him. (You can read the whole story here.)

I really love synchronicities and I try to always write them down.  I came across this one in my journal today and thought I would share it with you.

The following events all happened within a 24 hour period.

On the anniversary of my father's passing, I told him how much I missed him, loved him, and would love to have a sign from him, (the hummingbird), to show that he could still hear me.

That evening my Sweetie returned from a trip he had been on with a friend, and presented me with a hummingbird air freshener he saw in a convenient mart on the way home. 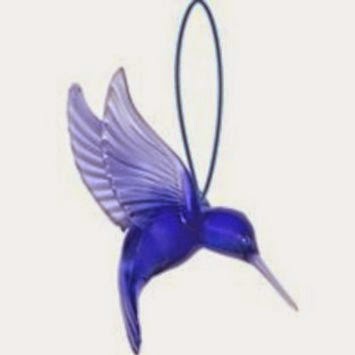 When I told him this was the anniversary of my father's passing, and I considered it my "sign", he said he had no clue today was the day.

The next day, a gentlemen came into my shop and began telling me that he had heard somewhere about people who have had their deceased loved ones come and talk to them in their dreams.  He had been dreaming of his son, who had passed away recently, and he wondered if his son was trying to tell him something. He came to ask me if I believed this was possible.

I told him that I have had dreams in which my father appears, many times, and yes, I do believe he communicates with me.

That evening, as Sweetie was preparing our dinner, I casually start reading the latest issue of Woman's World magazine, and in it was an article by Doreen Virtue about a man named Jackson whose father communicated to him in a dream. My father's name is Jackson so Jackson is my maiden name.

Then, after dinner, Sweetie and I start watching our next episode of Northern Exposure, and the character Joel, falls asleep in the freezer at Holling's bar, and dreams his father and great grandfather are talking to him.

How's that for synchronicity? Do you believe we can communicate with our deceased loved ones?  Has it ever happened to you? Please share your story, I'd love to hear it.


Love and Luck to you.
Lucky Lady

It's Law of Attraction for Your Lucky Life!
Posted by Lucky Lady at 7:11 AM